(I do forget to smile alot sometimes.. so please forgive, I am so focus on making your visit enjoyable, but I am working on it) 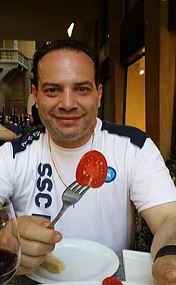 I was born in Boscoreale Napoli in April 1963, moved to England at a young age. I started to work when I was 11 years old in an bread / coffee shop (selling coffee & Tea) in Cambridge (UK).

Working in 5-Star hotels & top Italian restuarants in Italia / England / Switzerland / Germany / Holland. My last place of work was in Amsterdam at De L'Europe.  After that I worked as an manager for different restaurants in the years after.

In 2012 I opened my successful restaurant till 2019, after selling my restaurant in Amsterdam Nunzio Due Napoletani..

I want to be the best, no ones looks at second place because its the first of the runners-up (with the right people helping to reach that goal) 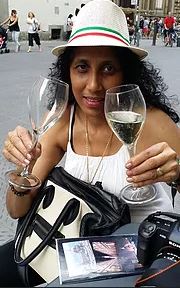 ​My wife Haidi is not from Italy (after being 30 years married to me (1990), she is now 50% Italian) but comes from the tropical land of Suriname (Paramaribo), born in December 1963. Just like most people from the south, she has a kind heart and warm personality.

Haidi will always willing to make sure that your time at the ristorante is  like being in your own home.